Baguio was developed by the Americans as the retreat and recreation abode of U.S. armed forces during the 20th century. When it was designed by architect and urban planner, Daniel Burnham, it was supposed to be intended for 30,000 residents only.

As the years passed, however, you not only see the usual flock of tourists populating the busy streets of Session Road or the classic tourist traps. Instead, you see more young people around – those who almost take up a whole sidewalk while chatting loudly about their exam in Statistics, those who crowd coffee shops to read or review notes, or those foreign nationals – Koreans, Japanese, Arabs, and Africans in university uniforms, hanging out in Jollibee and going crazy over Chicken Joy.

Indeed, Baguio is not only known as the “Summer Capital of the Philippines” but has now become a home to what the locals call “transient residents”, also known as students.

Educational Center for all races

Many students flock to Baguio for tertiary education because of the prominent schools that have been providing quality and competitive curricular programs for years. Some of the oldest schools and universities in the history of Philippine education can also be found here.

It was in 1906 that the Easter College was formed by Anglican missionaries. This was the first private school in Baguio that started by teaching Anglican faith and promoting education to eight local boys. In 1909, right after Baguio was given its charter, Brent International School was established by the same founder of the Easter College. This is one of the first international schools in the Philippines that happened to be ideally built in Baguio as a boarding school. And in 1911, a small school for 10 local boys was created by Catholic missionaries and was later called Saint Louis University. Apart from the schools established by missionaries, the Philippine Military Academy, the training school for the officers of the Armed Forces of the Philippines was transferred to Baguio from Intramuros, Manila in 1908. Many other schools were established thereafter.

The University of the Philippines, the country’s prime university, has also transferred one of its colleges to Baguio in 1938. Despite the bombing of its campus during the war, the college was able to rebuild a campus in its current location to become an autonomous unit of the university system in 1961. Later in 2002, the Baguio campus earned its status as a constituent university, specializing in Cordillera studies and research.

After World War II, two of the biggest universities in Baguio was established. In 1946, the University of the Cordilleras, then called Baguio Colleges Foundation, was instituted. It is now a home to 13,000-14,000 students in elementary, high school and tertiary levels. And in 1948, the University of Baguio was founded by one of the powerful families in the city. It has now 13 buildings and can accommodate 15,000-20,000 students a year. It has elementary, high school, and tertiary levels as well.

Tracing all these back to Baguio’s history, it is apparent that these universities were born from the primary goal of Christian and Catholic missionaries to introduce their religion and teach English to the natives of the Cordillera.

It is true that in the past, Baguio was the educational center for the residents of the Cordillera and Northern Luzon region only. However, studying in Baguio also became favorable to students from other provinces including those who live in Manila, Central and Southern Luzon just to escape the heat of the lowlands. Apparently, students are not only attracted to the cool climate of Baguio but also to the various venues for self-discovery and personality development during their academic journey. The art community is very alive and active, programs for indigenous youth as well as research for Cordilleran studies are well-promoted, religious organizations are free to practice their faith, and advocacies for advancing human rights and welfare are being voiced. One would also notice that foreign students are now more involved in sports, evangelical missions, and community development projects. Indeed, Baguio is now populated with and is nurturing more passionate and critical thinkers.

A Pioneer in the ESL Industry

During the late 90s, Baguio opened its arms once more to a new wave of students, this time, from overseas, for English.

Before the proliferation of what are popularly known as “ESL Academies”, English was more commonly taught in the prominent universities in Manila. The main students of these English courses then were missionaries from South Korea. However, teaching the language on a one-on-one class setup was not yet a trend then. As they lingered in the Philippines for this purpose, they eventually discovered that having one-on-one classes is more effective than learning in group classes. Some English tutorial schools or centers were established in Manila then, pioneered by the missionaries from South Korea.

Not long after they opened tutorial centers in Manila, the missionaries from South Korea discovered and explored the northern part of the country and eventually reached Baguio City. It was at this point that they saw the potential of the city not only for missionary activities but also for ESL academies.

ESL academies during these times were not yet boarding schools as they are most commonly known for nowadays. Although most were simple tutorial centers, some of the pioneers of ESL in Baguio started out by organizing summer camps for small groups of students from South Korea. From these seasonal summer camps, the academies grew larger in scale and were able to transform their institutions into boarding schools and cater to students all year round.

It was after the boom of the ESL industry in Baguio that Cebu became one of the options of foreign students for learning English.

As the years passed, the Philippines has gained more and more recognition for providing quality ESL education not only in Asia but to other parts of the world as well. Apart from South Koreans, ESL academies are now home to students from Japan, China, Taiwan, Thailand, Vietnam, Middle East, Africa, Europe, and Latin America.

Baguio has transformed into a hotspot for learning English because its teachers are molded to master the language and are trained to specifically educate ESL learners of different nationalities. Despite their not being native speakers, these teachers are always given venues and support to improve their skills as well as to ensure quality education to students.

English as part of everyday life

The Americans developed Baguio to what it is at present. Hence, communicating in English has become natural among the people since the language was taught by American missionaries in the 1900s. Unlike in any other towns and cities in the Philippines, English is widely spoken in Baguio. Apart from their own dialect, some locals even prefer to communicate in English instead of using the national language, Filipino, more familiarly known to other nationalities as Tagalog.

If students from other provinces come to Baguio for its cool climate, the same can also be said for the foreign nationals who study English in the city. Apart from that, these ESL learners are attracted to the environment of Baguio – the serene countryside atmosphere but with enough venues for recreation.

Unlike other cities in the Philippines, Baguio is not populated with harmful and distracting entertainment venues. Fun yet wholesome leisure can easily be found in the city center and one can feel safe and secure just by taking a stroll in Burnham Park. There are countless venues for unwinding and relaxation after a day of strenuous studying and it’s also not difficult to look for a place to jog, exercise and get fit as you can enjoy the outdoors at any time of day.

Though Baguio is not as developed as the nation’s capital, Manila, it has sufficient establishments and basic services to cater to the needs of various types of students. Signage for apartments and houses for rent are everywhere and stalls for meals, snacks, and drinks have sprouted like mushrooms. The same goes for computer shops, printing shops, and 24-hour convenience stores. Moreover, as the city gets more crowded with foreign students, restaurants and grocery stores specifically catering to them also flourish quite well.

For such a small city, supposedly designed for 30,000 residents only, it is astounding that Baguio is able to withstand the bloat in population considering the number of students that come and go every year. Nevertheless, as long as the students keep their burning passion for ambition, never stop aiming for successful careers, and never lose the diligence for studying their chosen fields, Baguio will continue to be the home to these young minds and lead them to a better future. 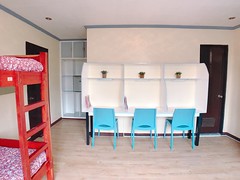 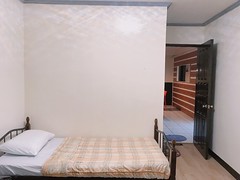